On September 6, the five-day 2022 International Funkausstellung Berlin (referred to as IFA) ended at Messedamm Berlin. This was the first time that the exhibition had been held offline since the covid-19 epidemic. As the largest and most comprehensive consumer electronics show in the world, the exhibition attracted manufacturers, distributors, industry experts, and consumers from more than 130 countries. Smart homes and new energy products were one of the highlights of this exhibition. Famous brand manufacturers such as Siemens, Miele, Hello Tech, and Panasonic showed their latest products at the exhibition. Chinese brands TCL, Haier, Huawei, and Honor had also attracted people's attention. 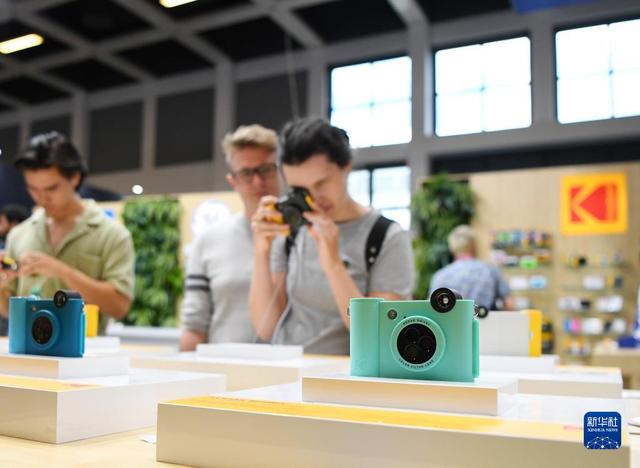 IFA originated from the "Radio Berlin International" founded in 1924. Due to the rapid development of electronic consumer goods and the rising market demand, it has been held annually since 2005. The IFA held in 2015 has become the largest science and technology exhibition in Europe, with about 245000 visitors and 1645 exhibitors, making the exhibition a guide for global household appliance manufacturers. Now the exhibition has complied with the development of the times and become one of the largest and most authoritative consumer electronics brand exhibitions in the world. In the past century, the new technologies at the exhibition have stimulated the enthusiasm of manufacturers and consumers around the world for consumer electronics. 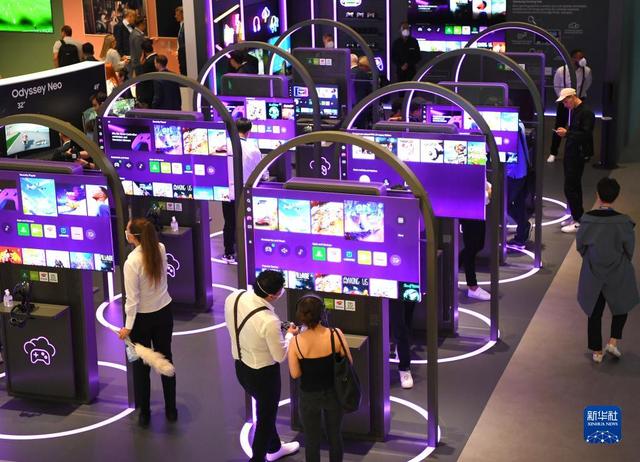 There were 1900 exhibitors in 2019 before the epidemic and two years after the suspension of offline exhibitions, the number of exhibitors had recovered to 1100 again. Ms. Varnek, director general of the Consumer Electronics Promotion Association, also the organizer of the exhibition, said that the offline exhibition excited both the industry and consumers. "Although people can now see the new products at the exhibition through virtual film and television at home, it is different to feel these exciting objects in the exhibition hall." Speaking of the development trend of home appliances, she said that intelligent interconnection and voice control are still the trends pursued by people. In view of people's concern about energy issues, manufacturers will pursue efficiency and energy conservation at the same time as their own goals. 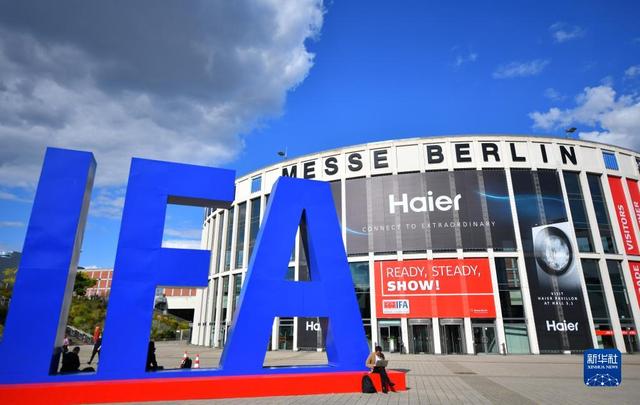 Manufacturers from China have been important participants in the exhibition for many years. At this exhibition, German TV influencer chef Hellman showed his cooking skills to the audience with Haier's smart kitchen, which attracted many audiences' praises. Huawei exhibition area attracted many young people to experience. The new Huawei notebook computer Matebook X Pro and the smartwatch Huawei WATCH D with blood pressure measurement function were favored. People had also shown great interest in the TCL brand, a new upstart in electrical appliances in recent years. TCL, as a representative of the world's leading intelligent manufacturing technology enterprises, had brought cutting-edge new products and demonstrated technological innovation and breakthroughs in intelligent terminals, semiconductor displays, and new energy photovoltaic and semiconductor materials. This year, TCL showed the global consumers the full category layout of "intelligent IoT ecology", including the world's largest Mini LED smart screen, Europe's first TCL 98-inch QLED smart screen, 136-inch 4K cinema wall, Mini LED E-sports display, Thunderbird XR glasses, and a full range of intelligent new products such as air conditioners, refrigerators, and washing machines. In the field of semiconductor display, the world's first R1500 Curved Mini LED E-sports display and the world's first non-polarizing sheet minimum radius 360-degree folding screen were the cutting-edge products of semiconductor display, bringing a new experience of the "screen" universe. In terms of new energy materials and photovoltaic products, G12 monocrystalline silicon combines large size with industry 4.0, and its thickness had been reduced to 130 microns, which was true "as thin as a cicada's wing". Higher photoelectric conversion efficiency effectively reduced the cost of the photovoltaic industry chain and created a new industry ecology. Zhang Shengyang, general manager of TCL intelligent terminal Europe, told reporters that TCL maintained strong momentum in the global market, especially in the European market, in the first half of this year. TCL's smart screen market share increased by 54% year-on-year, tripling that of 2019 before the epidemic. This exhibition was of great significance to enhancing TCL's overseas popularity and realizing Chinese enterprises' scientific and technological going abroad. Zhang Shengyang also pointed out that the foundation of internationalization is localization. Therefore, TCL's establishment of R & D, production, and service chains in Europe has also created jobs for the local people. 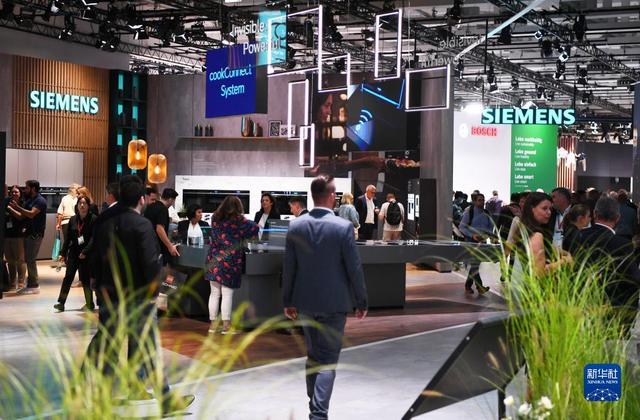 Some German media believed that this exhibition should be evaluated by "Rethinking". Because in a sense, whether it's TV screens, refrigerators, washing machines, or mobile phones, their basic styles had not changed, and their main functions were still those. But almost every of these "traditional products" had been completely reimagined and reconsidered by engineers countless times, and even to the point of "extreme fear": all connected smart homes and vacuum cleaners had become “nannies” who understand their owners better. For example, TCL will launch European Fresh Air air conditioners, which may know better than their owners what kind of room air and temperature are more comfortable. 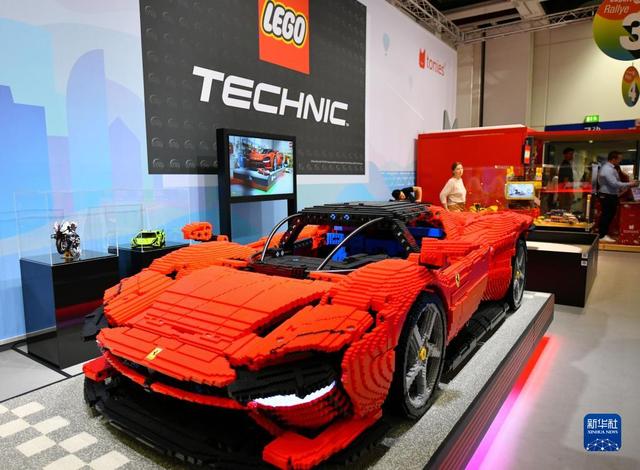 In Germany, due to the demand for a new round of housing construction, people's demand for household appliances is still strong. Data shows that in the first quarter of 2022, the sales of household appliances in Germany increased by nearly 10%, reaching 4.4 billion euros. In terms of large electrical appliances, the growth rate was even as high as 18.3%, and the sales volume was 2.7 billion euros. At the exhibition, famous household appliance brands Bosch, Haier, and Siemens showed full confidence. However, industry figures believed that crises had also appeared in some areas, such as the personal computer market. After the home office became the norm, the personal computer market, including accessories, gradually saturated, and some notebook computer manufacturers lacked parts, resulting in a sharp decline in sales. The global notebook computer and personal computer market shrank by 15% in the second quarter. Seagate, the hard disk manufacturer, announced a production reduction to eliminate excess capacity in the market. In addition, due to the decline of people's real income caused by the European energy crisis and inflation, people's motivation to buy entertainment electronic products has been greatly weakened. After reaching a peak in 2020, the consumption of entertainment electronic products is now growing negatively. 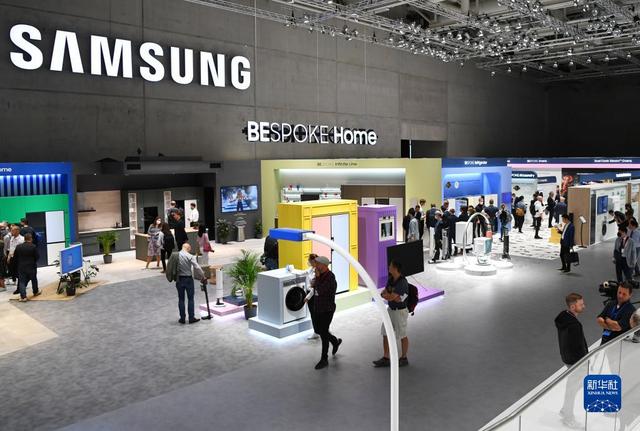 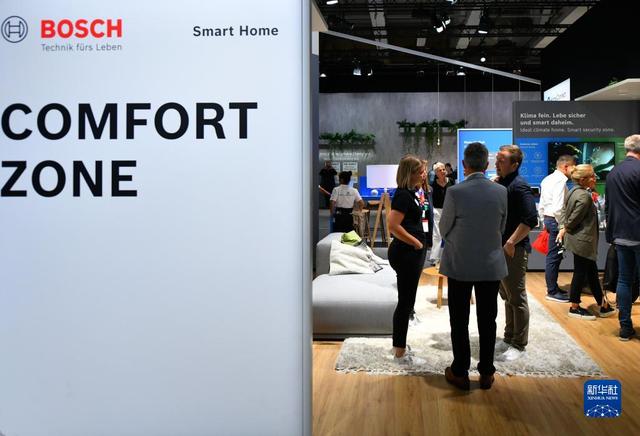 As the first and leading exhibition system products manufacturer, LINGTONG helps to build the standards of the exhibition industry in China. LINGTONG products have been sold to 106 countries. 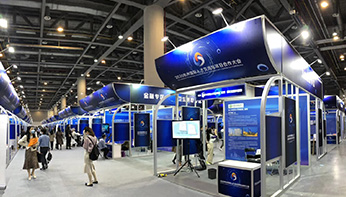 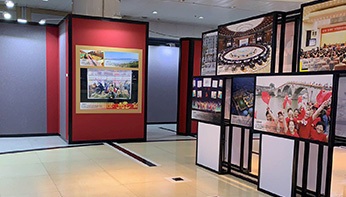